Thanks to all the Skate Bruthas that came out for the show I only wish we could have had more one on one time. John Fudala, Michael Cohen, JR, Derek, two generations of Padulos, David Padulo, Lucas and Collin Padulo, Patrick Guidotti, an early appearance by Steve Rodriguez, Wig (who I embarrassed myself by not recognising but in my defense the last time I saw him we were in a police station, he was my height and it was 1987) Ken Deitz and his wife who went home with some art! and the King of all appearances Jay Henry and the lovely Amber. Jay it was so rad to see you as I was saying at the show you make up the triumvirate of my art heros: Jay Henry, Dan Tag and Steve Mannion. It was a great night that went on till the wee hours of the morning. I think the grand total was 4 double magnums of white wine and 12-15 Mag’s of red wine. And speaking of fine wine I even had a chance (I think sometime after Mid-night) to hand out the last of the fine wine…THOS and EN-JAY tee’s

too cool, cant wait to do it again. 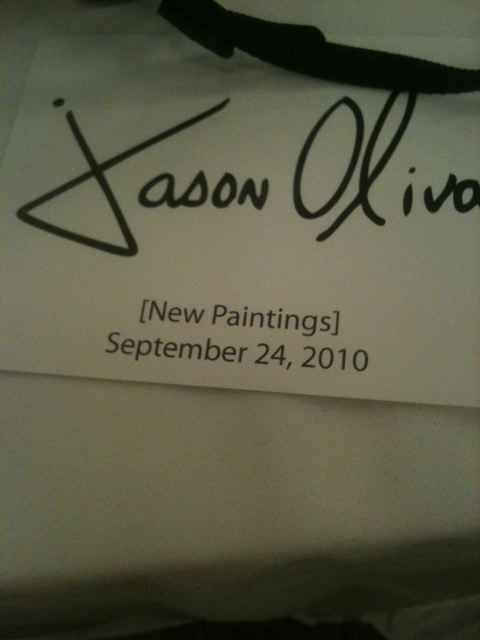 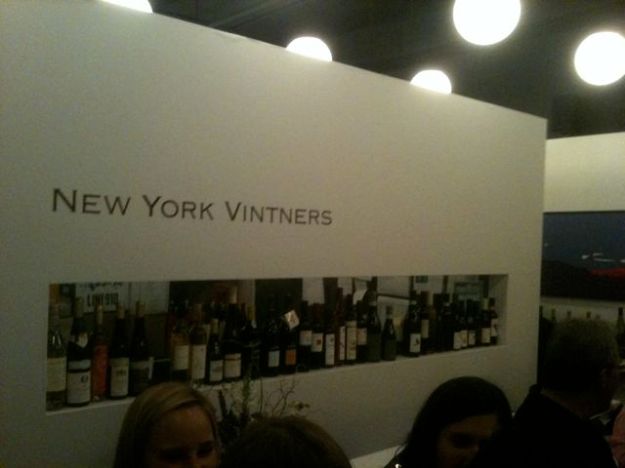 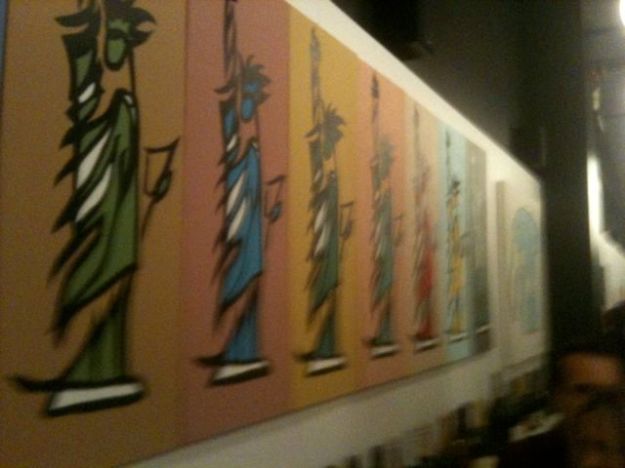 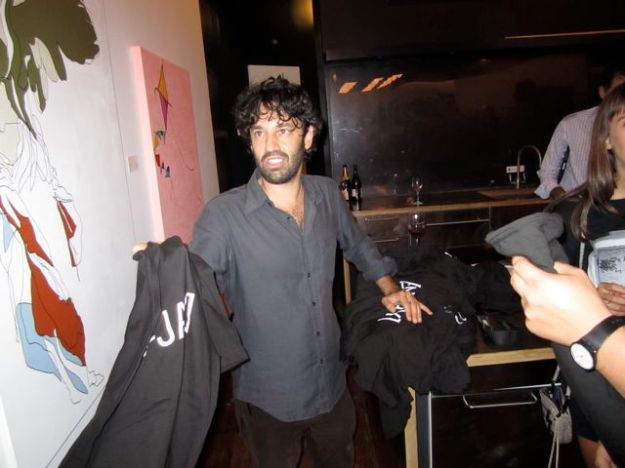 More Midnight tee’s and Drake drinking right from the bottle. 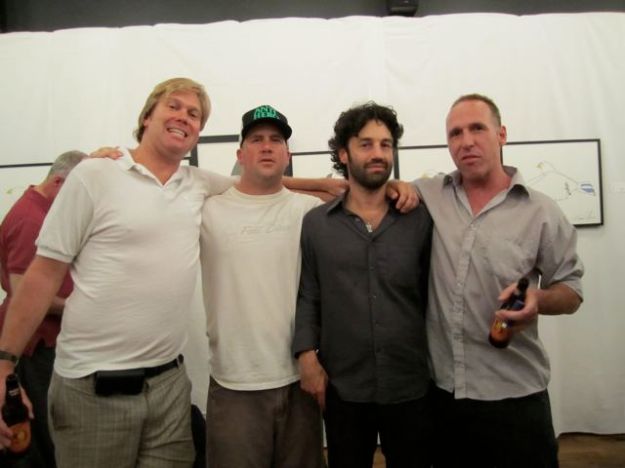 The Lovely Amber and Jay Henry 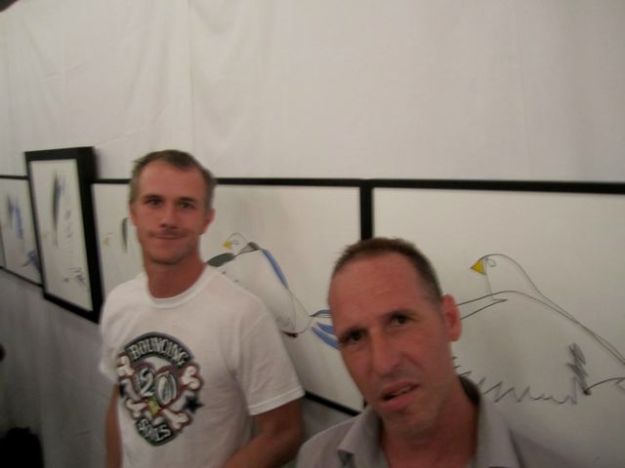 Wig (Of DogWig) and Jay Henry 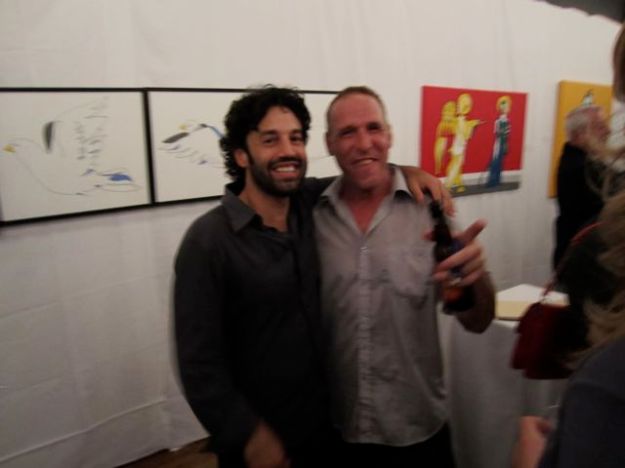 Thanks a ton Derek! and thanks for the radio shout out as well.

Here are some bonus shots too: 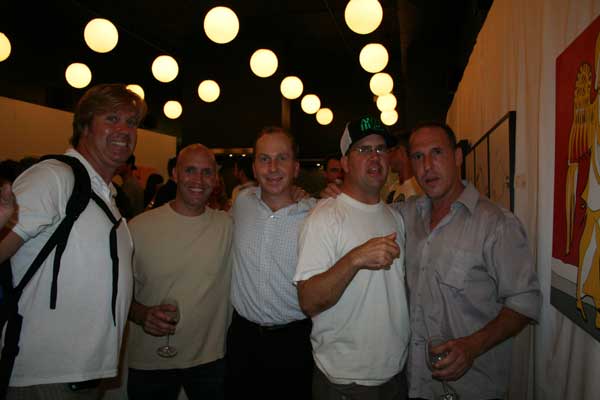 Lotta Barn Boys in this shot. 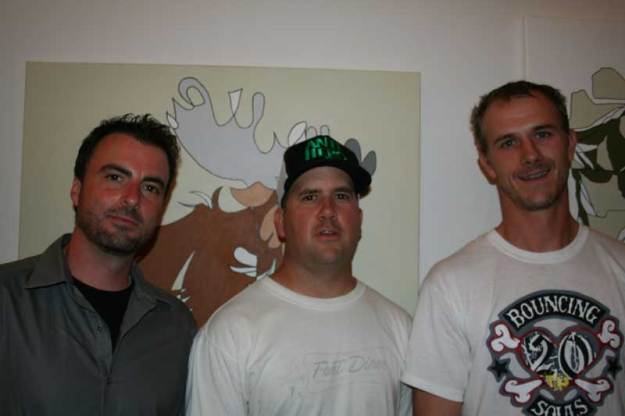