I just received this in my inbox a sneak peak of Franklin Roosevelts FDR movie..slated for a 2010 release. Dan Tag, Darren “Moose” Menditto and Derek Krasauskas riding the Sean Miller Memorial Ramp. This place needs a better explaining. 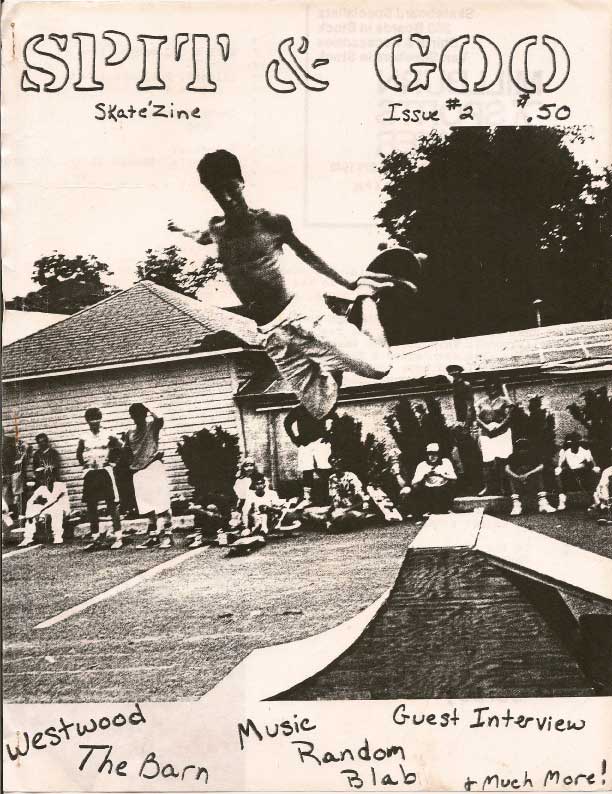 This is well worth a read… classic 80’s skatezine from ken and Steve Deitz. All the usual suspects appear in The Barn section. It really makes me recall what was going on in our lives circa 1986. I must admit to having watched Mark Gonzales instead of the contest.

Thanks to Jeff Roenning for vaulting this gem all these years. 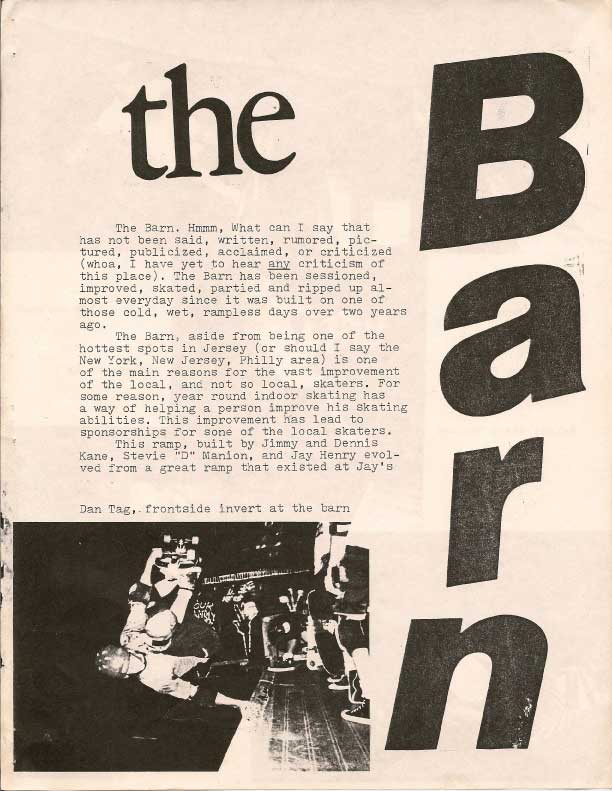 I’m not gonna say much about this video except thanks to Mike Vallely for getting this filmed back in the day and giving it to us for the archive and another thanks to Larry Ransom for his editing and THOS support throughout the years. Another big thanks goes to Dennis who after searching the web for this footage decided to go to the source and clinched it all. The still images are of Mikes early Vert days at The Barn and the song is Revolution Mother “Night Ride” (pretty fitting) If you comment with a time and a name I will create a gallery of screen grabs…I will get the ball rolling with an important one: 1:24 Weep on Deck.

Enjoy the show…The time is now!!

This is great. Mike talks about the first video he was in. “Action East” If I remember correctly, they showed up at The Barn with all this high-end video, lights and sound gear. It was right in the middle of a hot session. I was like, “What the hell is this???”

The guy who owned the company was like, “Can we film a video here?” and I said, “What’s in it for me?” (as if I was going to say No). This was way beyond squeezing 10 bucks out of some squid for “the new layer.” So he flowed me a “No Fun Joe” deck, a t-shirt and some other free shit and I said, “Go for it!” Of course, our power situation was a 300 yard extension cord to the house that kept blowing out. The next contest I entered as….sponsored by Action East.

Let’s see if we can get this classic film posted.
DennisK

Skater by order of appearance:

Who does the big air with the pink helmet?

Loads of peeps on the deck and on the couch too

Tag is blasting a big Layback Air on the pool cope side.  That was our first set of pool cope before we put down Masonite. Rocky Vertone. with an old Steve Cab deck and an Evan Feen Barfoot snowboard poster on the wall.

Nice one Dennis!! Remember the days of being able to eat pizza twice a day and riding the Barn kept you looking like Bruce Lee.